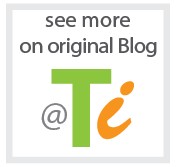 “According to the Peter Principle, competence is rewarded with promotion because competence, in the form of employee output, is noticeable and therefore usually recognized. However, once an employee reaches a position in which they are incompetent, they are no longer evaluated based on their output, but instead are evaluated on input factors, such as arriving at work on time and having a good attitude. Dr. Peter further argued that employees tend to remain in positions for which they are incompetent because mere incompetence is rarely sufficient to cause the employee to be fired from the position. Ordinarily, only extreme incompetence causes dismissal.” [investopedia https://www.investopedia.com/terms/p/peter-principle.asp]

An excellent consideration, but it must be updated if you want to understand what is happening today.

When Dr. Laurence J. Peter wrote his book “The Peter Principle.” – 1968 – the situation was radically different from the current one.

The Peter principle in fact presumes that there are people competent in the roles assigned to the management of employees. It was true in those years, but today it is not true anymore.

This for two reasons:

1) over the years a vicious circle has been created, for which the incompetent people have gradually reached the position of managing employees.

2) the so-called Financial capitalism has replaced the “entrepreneurial capitalism”. Or the traditional dimension of the company managed by an entrepreneur who has the “subtle” skills to identify the needs of the Demand (and the qualities of the talent of the collaborators) has been replaced from a dimension in which the company is owned by people who have no empathic relationship with the product (and with the public), and lead the company with Managers with the same qualities.

[ see “The problem in essence: a market of sellers only” the Cap. “Misunderstandings that undermine the current strategies”  ]

This completely reverses the situation, as

competence itself becomes a problem.

In fact, in the new dimension there is the new rule for managers: “you do not have to taste the food that the company produces, as this could distract you from your task of finding a name, a description of that food that brings the potential buyer in a “imaginary” dimension” .

The fact is therefore that in the new dimension of the market (which J. Peter could not observe) radically changes the concept of competence.

Nowadays competence is no longer about the value of the product (and the empathetic qualities of the company staff), but the sales skills. Or

the competence currently concerns
only Image-based Values,
both outside and within the company.

And with this criterion people are  assumed today: paradoxically, a person who is interested in the problems of the customer is a burden for the company (from this quality depends the ability to improve products and services to the customer), while another that is able to get the maximum immediate profit from that customer is taken and promoted.

The fact is that while the first approach creates profit over the medium term, problems arise with the second long-term approach.

An interesting case is that of Benetton, who had to recover the company (in serious crisis) that he had left to the managers, when some of his old employees contacted him to explain that the best people had all been moved to useless roles to  allow the new generation of “incompetent” employees to operate (the incompentents can not work together with competent people).

The problem is therefore that

today incompetence is required
as a quality already at the time of recruitment.