In a phase of radical (and rapid) changes it is necessary to develop a radical innovation (disruptive innovation).

But it is precisely in these phases that there is a “resistance” to change (partly unconscious, partly desired) which creates an impediment to the development of effective innovation. Which creates serious problems for both the Market and the Society in general.

At the base of all this there is a “cultural question”: in the Business and in the Government today a “modified” Culture is adopted compared to the traditional one.

It is a form of “revisionism” with which traditional culture is simplified (reductionism) to make it more accessible to most (to those who have an advantage in maintaining the status quo). A “culture of convenience” that in the long run also causes serious damage to its supporters.

Basically the problem is that in this way some key business concepts are completely modified: and therefore serious misunderstandings are created about the innovation strategies to be developed (a fake-innovation is created that does not benefit either the Customers or the Producers).

Because of this problem that afflicts the Market, before developing innovation strategies, we need of carry out a counter-review of the “culture” in force.

It is therefore necessary to establish that:

1) There is no such thing as a Culture of Disruptive innovation, meaning Culture in the current meaning of knowledge (ie set of notions, rules, conventions, or practices associated with a particular field, activity). [see the bottom of the article]

There is instead something – which corresponds to the original concept of Culture – that can be defined as aptitude: something that does not reside in a rational level, of “knowledge” (of notions). But that is situated at a non-rational level; a typical quality of man: the capacity for intuition.

(this quality, obviously, to be developed in order to provide effective practical results, must be based on a Culture-knownledge of which we speak today – but the latter is not in itself sufficient to be able to develop innovation)

The quality of intuition seems to be inherent in human DNA: since the appearance of the Man on Earth, they have spontaneously operated to improve their existence (and that of the family, of the Village).

Only today, with the diffusion of the modalities of the Nanny State, which educates the Citizen to no longer have to worry about the development of his own existence (“so there are those who solve my problems”), that aptitude to see the possibility of problem solving has been lost.

So, in order to foster a dimension of real innovation, it is a question of stopping trying to spread a Culture of Disruptive innovation (as is done today, trying to train people with a series of notions). And it is instead a question of favoring a less rational inclination to intuition. {see below].

2) an idea, in itself, is not enough to create an effective innovation. The Idea is in fact pure creativity, which must subsequently be applied to the “real world” (idea-action).

The craftsman is not an artist. The Artist creates pure ideas (disconnected from the real world), the Craftsman must produce ideas that are functional to a Customer customer (in the real world).

So the key to the innovation process is creating value for the Customer.

It can be done by innovating (becoming a sector leader), or by developing a shrewd traditional high quality service (becoming followers).

The basic problem of the lack of a real innovation (which would allows to sell new products) is that the current fake-culture of the Market prevents us from seeing where the cause of the problem is.

We forget that the original Market (born with the human being, still observed by Adam Smith, and still in force a few decades ago) was based on the figure of the Entrepreneur, who had the capacity for intuition by which it was in able to produce useful value directly – its activity was based on satisfying its interest (his earnings) through the satisfaction of the interests of others (the Customers).

<see My Articles on Entrepreneurship>

Today the financial business, which manages the big companies (and therefore “directs” the market) no longer has these capabilities.

The entrepreneur, without needing a particular Knowledge, in the presence of a “problem”, immediately sensed a “solution” (for example the entrepreneur who was passed in the queue of a store, invented the dispenser of the numbers for the thing).

It therefore makes no sense, at a time of innovation crisis, to develop a “Culture of Innovation”. Instead, it is necessary:

1) to develop an aptitude for innovation (it is more a task for the Tony Robbins than for “teachers”).

2) a to develop “Culture of entrepreneurship”, which helps people to put their ideas into practice (the instinct to innovate in man must be adapted to the mechanisms of the Market).

Why there is no “innovation culture” (in the sense of “knowledge”)

Today we are experiencing the beginning of a new era of innovation, and it is necessary to frame the characteristics of the innovation that characterizes it:

● this drive for innovation is first and foremost provided by necessity: in times of radical change (disruption) the situation changes radically the Demand; that is, if a type of product is not innovated radically (disruptive innovation), it cannot be sold.

● in such disruption times there are still no clearly defined models, but above all intuition counts.

Basically there is no “culture of innovation”, but only a culture of non-innovation: that is, the drive for innovation is an innate quality in man, but modern education, which aims to create adults integrated into the “mass”, inhibits this quality.

What can be done is to develop a “Culture of entrepreneurship”, which helps people to put their ideas into practice (the instinct to innovate innate in man must be adapted to the mechanisms of the Market).

● the innovation of big companies is bound to fail, due to problems inherent in their structure.

My Articles on Misunderstandings about innovation

Today there seems to be a lot of confusion about the trends that are developing on the Market: for each Trend, there are interpretations of a completely opposite sign.

At the basis of everything there is – as often happens in modern culture – a semantic question, of meanings of terms.

It happens that over time some terms that describe social aspects of human life take on a different meaning from the original one.

● The difficulty of understanding (to explain) the concept of radical change (disruptive innovation) -  There is a lack of of the meaning of the terms referred to innovation like "radical", "different" ("disruptive"). This does not allow the majority of the Market Player to develop a truly salable value. These terms indicate a substantial difference, or something absolutely new which is found on a plan completely different from the previous one. but today efforts are being made to develop "different" strategies which, however, remain on the same level, on the same qualitative level as the previous strategies.

● The basic misunderstanding on real (disruptive) innovation - Disruptive innovation is a “revolution” of the context in which it operates: this means “radical change” (from the roots) of culture, of the mindset used up to that point (change of operating principles, of conception of values, of a design approach, of types of communication, etc.).

● Disruptive innovation: religion, scam or necessity for those who want to stay in the market? – Today the market continues to apply a non-disruptive mindset even when the data indicate this modality  inexorably fails.

To innovate means to change. When there are major changes in the Society, it is necessary to adapt. There is no choice.

Are we sure that we understand what radical (disruptive) innovation is?

● Disruptive innovation is not based on technologies

● The misunderstanding on ecology: electrification of devices that are not ecological in themselves

● Towards a new (real) sustainability: the mistake of focusing on the low price

● Misunderstanding: the future is not futuristic as one imagines it today°

● The misunderstanding on Innovation by Manager, Consultants and Pundits - Today Managers and Consultants & the “intellectuals” are focused on the past: it is not bad faith, but it is a lack of ability to recognize the new.

● The misunderstanding on Industry 4.0: towards Manufacturing 4.0 - The “revolution” (dirsruption) that is transforming the world of production is a phenomenon radically different from the one today defined as Industry 4.0.

The change concerns not only the product, but everything connected to it. Today it is necessary: a rethinking - the why of a product - the ideation/design process - the production/distribution process. We move on to a new era of the new Economy: the Context economy.

● Does it really exist to the possibility of having an Artificial Intelligence? (the unsustainability of the AI) [1] - Can a “machine”  actually make correct decisions? Science, with foundamentals principles (many  Nobels) says No. 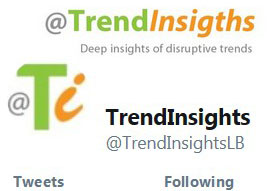